Architecture of: Reversal of Fortune [1990]

As Jeremy Irons, as Claus von Bulow, says, in his over-the-top, exaggeratedly laconic upper crust British drawl:
"Her bahhhhhthroom was her private sank-sheeary. Neyow one entuhed it, except the maid, of    cawse, to clean up. Sometimes she stayed thaah for HAWRES, or se-ow 't seemed. One could ehonly speculate what goes on behind the closed dawwhz."
Such is the apt description of the bathroom of Sonny von Bulow, the scene of her demise, and the metaphor for her overly-indulgent life. 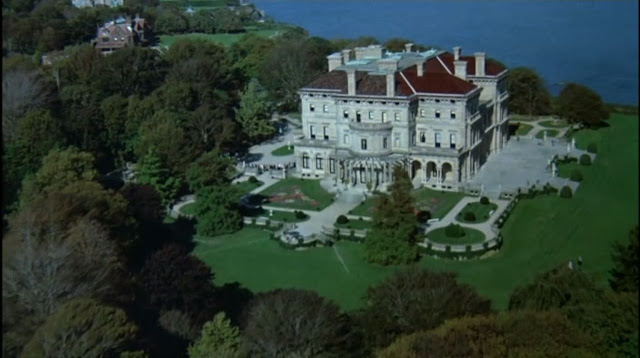 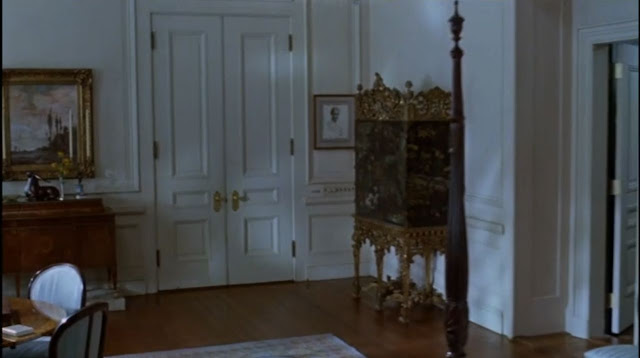 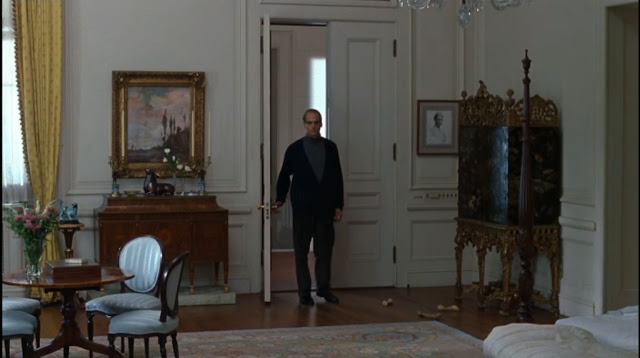 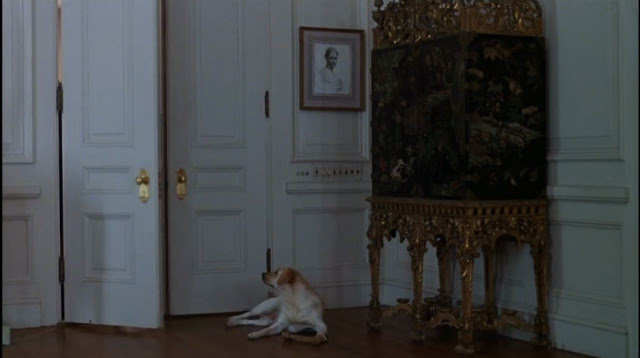 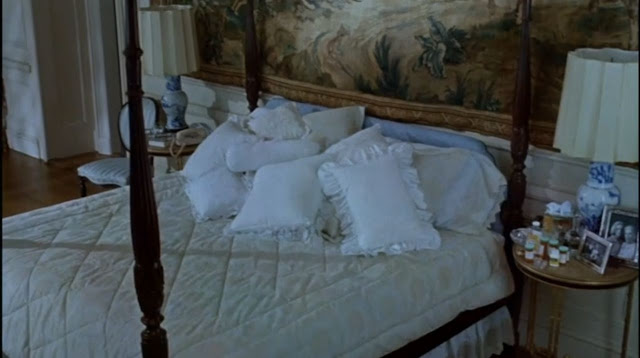 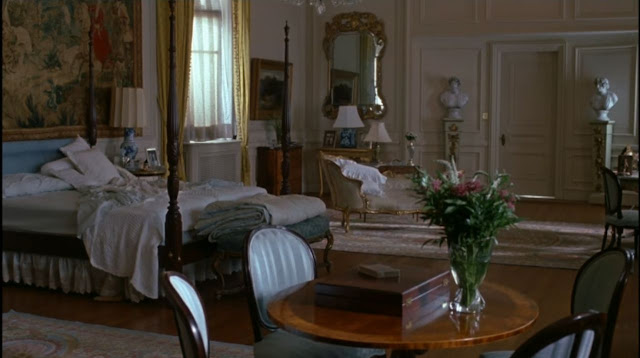 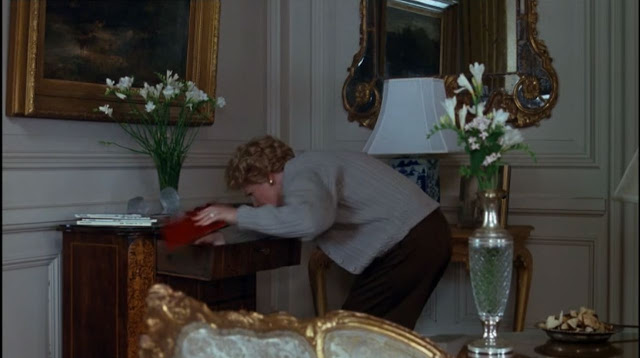 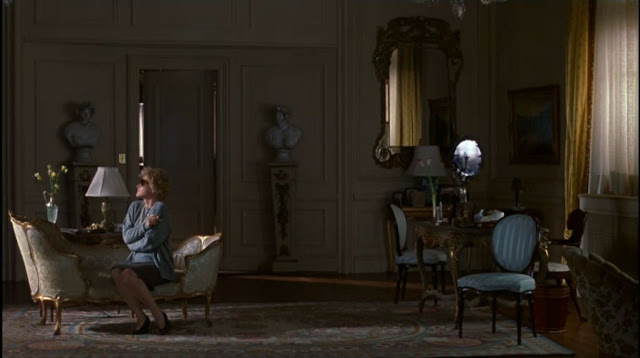 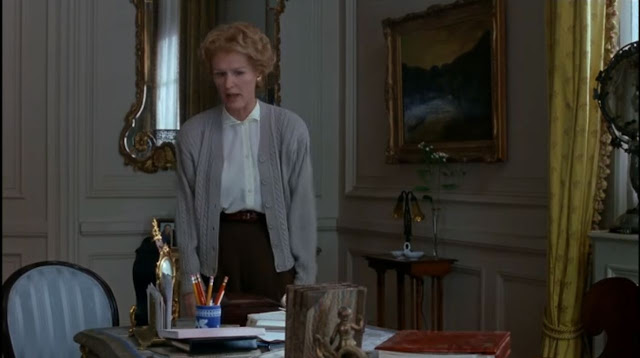 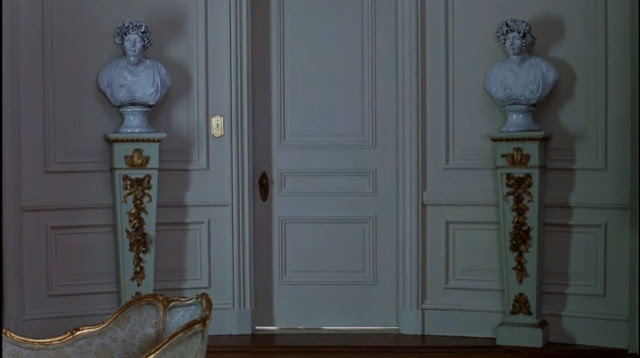 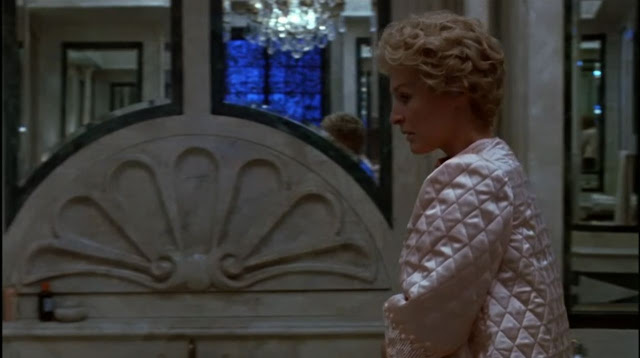 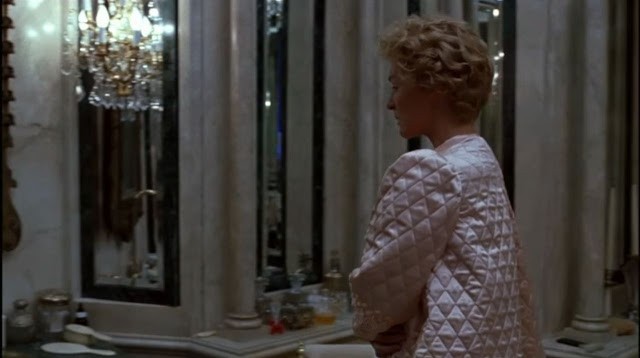 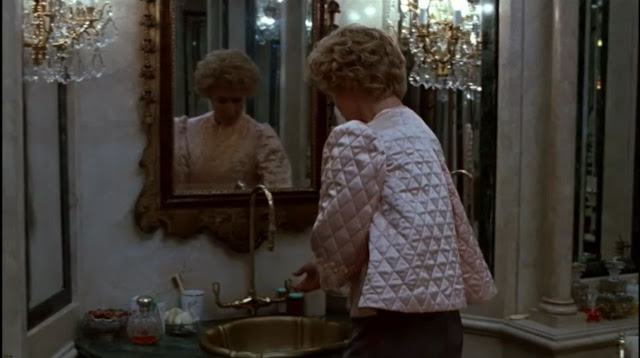 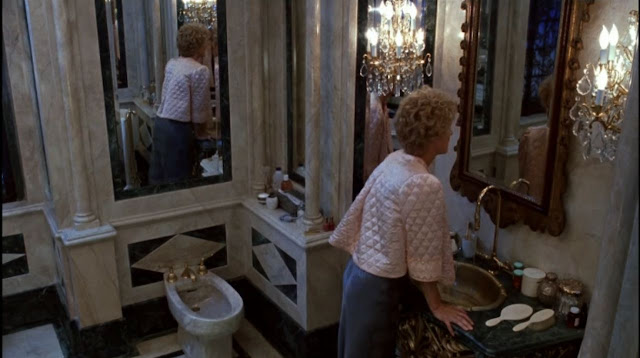 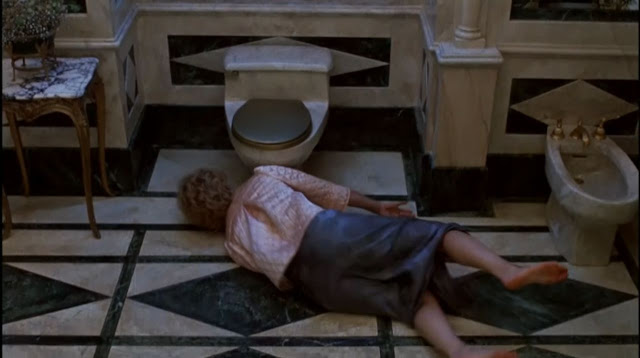 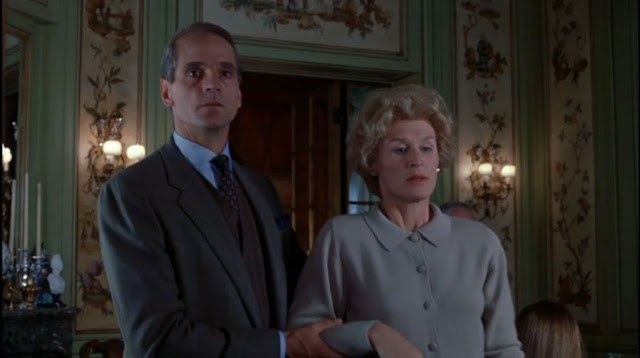 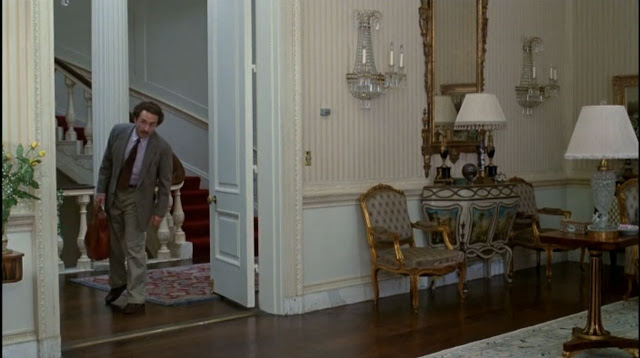 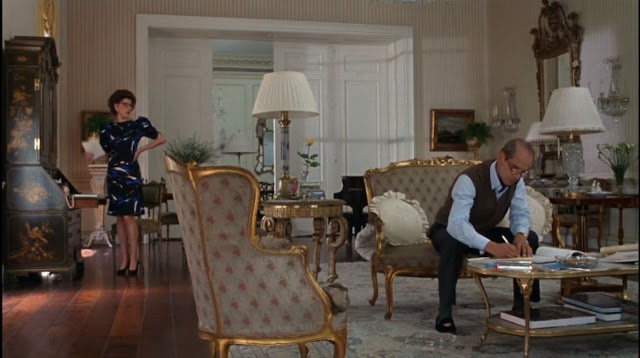 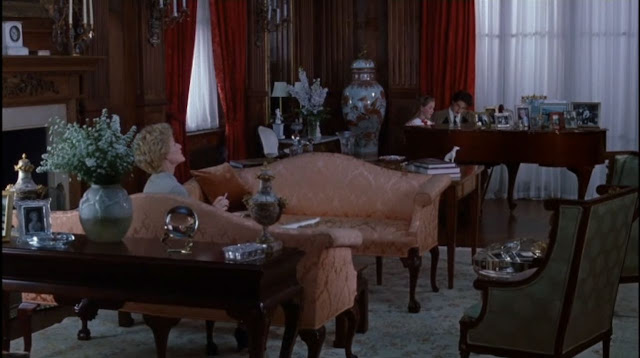 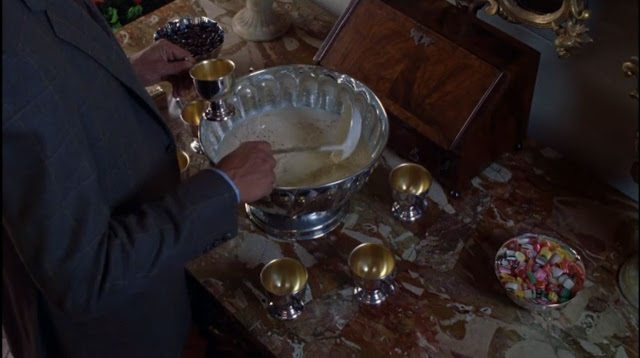 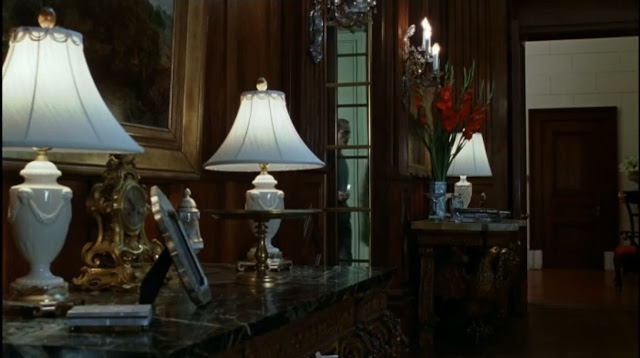 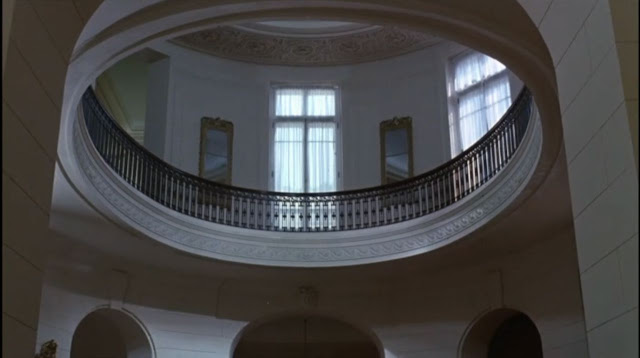 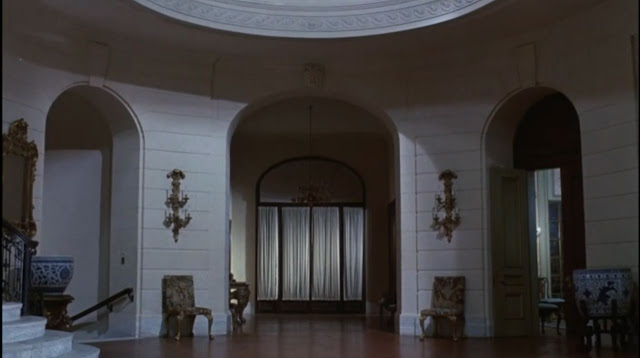 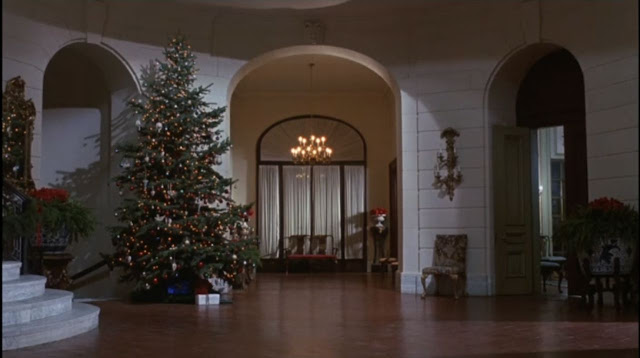 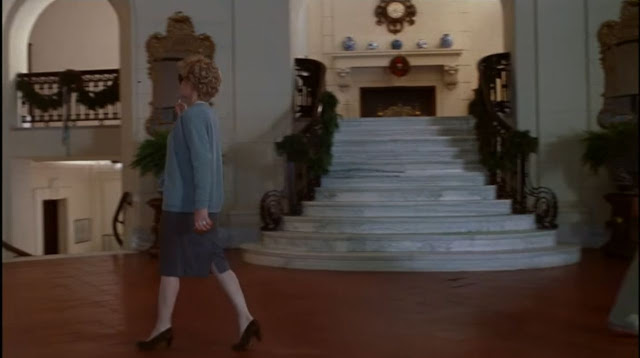 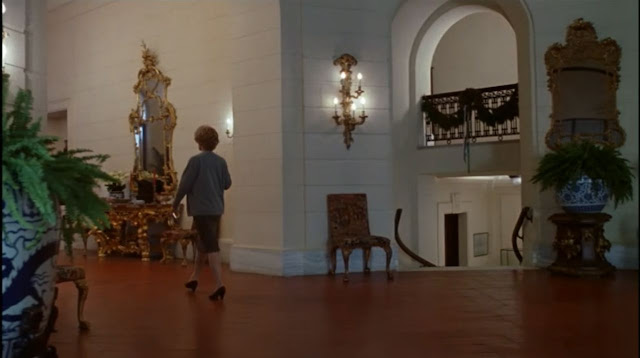 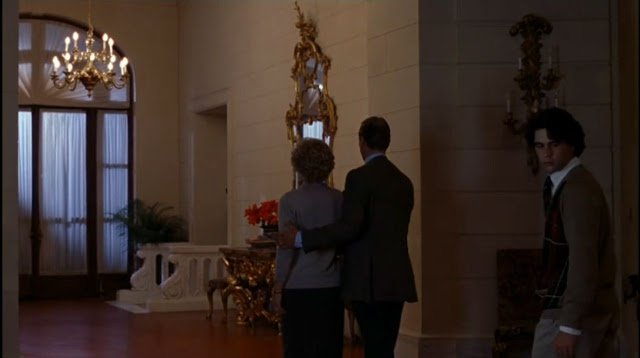 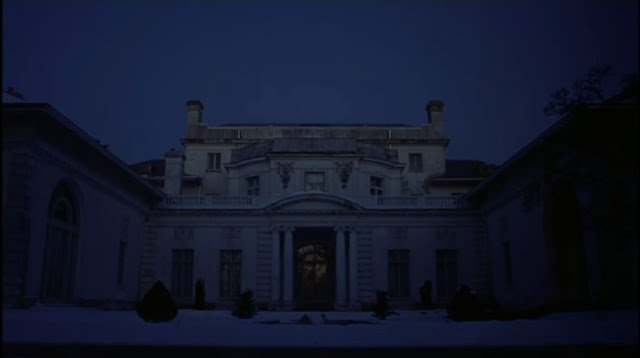 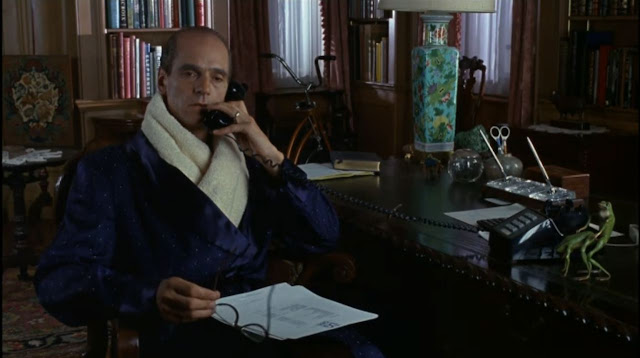 And this portrait of a woman dining at home:  tranquillizers; alcohol; ice-cream sundae; cigarettes; sunglasses. 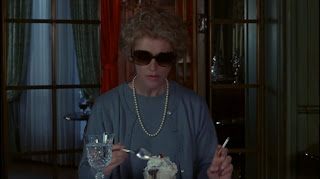 Posted by Benjamin Marcus at 5:49 PM