Syd Mead's work for Ridley Scott's Blade Runner [1982] was revolutionary for science fiction's depictions of the future: envisioning a world that was not unscathed by the uneven accretions of human use, decay, and the layers of historical accumulation that we know, by our own experience of the present's future to its past, occur naturally and uncontrollably. No other film production designer for any other film (including the dystopian steampunk/ dieselpunk automotive constructions of Mad Max), had conceived - so comprehensively, so believably, nor so glamorously - a near future that included the infrastructure of the present in all its worn and aging contingencies, showing all its familiar manners of falling apart, and all its crumbs of detritus strewn along the way.

His imaginative genius has influenced every subsequent cinematic depiction of the future in one way or another, and, not since Piranesi has a generation of architects been so inspired to accept, embrace and romanticize the inevitable mess that even the most pristine structures are enveloped with by the passage of time.

Just a few of the many designs he produced for this seminal film below -
[For the design of Deckard's apartment, please see my previous post here.] 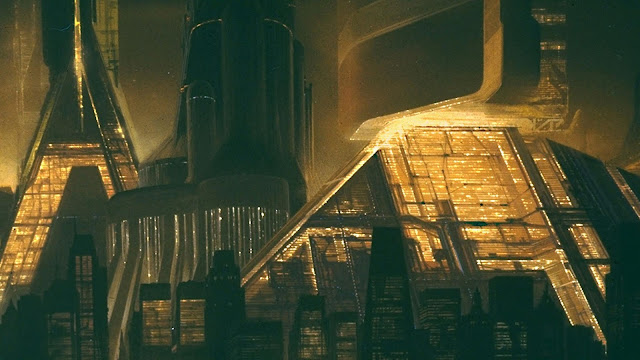 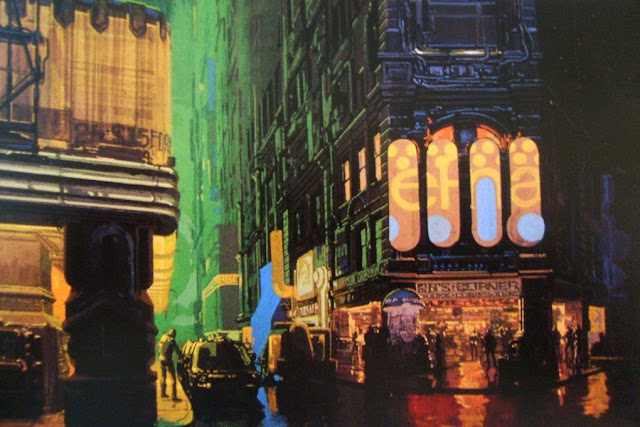 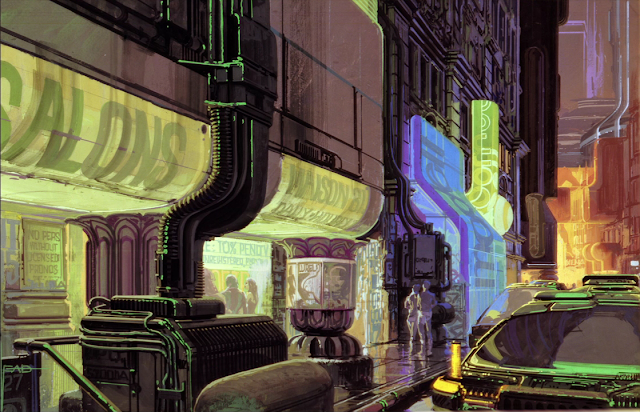 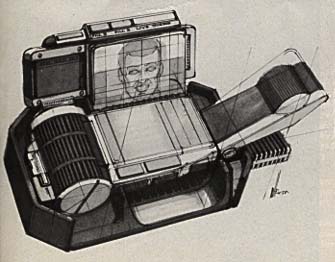 In the vivid Technicolor The Quiet Man, much is made of returning expatriate, Irish American Sean Thornton (John Wayne's) restoring his thatch-covered house as a measure of his dedication to the local culture (the village of Inisfree served as locations), and his willingness to give himself over to his new country and its rich, sometimes superstitious customs. When he paints his front door, he paints it green.

But there truly was a tradition in Ireland of painting the door either a bright color. In Dublin town, where homes were long built in the Georgian style and facades conformed to strict stylistic guidelines the freedom to paint the front doors a color of choice offered the chance stand apart.

There is also the (possibly apocryphal) that after the death of Queen Victoria, England ordered the Irish to paint their doors black and instead they thumbed their noses at England and painted them in vivid, brilliant and varying colors.

That the film's American hero, wanting very much to belong, while finding it difficult to leave his brash American tastes entirely behind, would choose a color so closely associated with the Irish landscape is not lost on his new and supportive, if mildly skeptical, friends (popular character actors Eileen Crowe & Arthur Shields):

Elizabeth: Well, Mr. Thornton, you are a wonder. It looks the way all Irish cottages should and so seldom do. And only an American would have thought of emerald green.
Cyril: Red is more durable! Posted by Benjamin Marcus at 8:43 PM No comments: 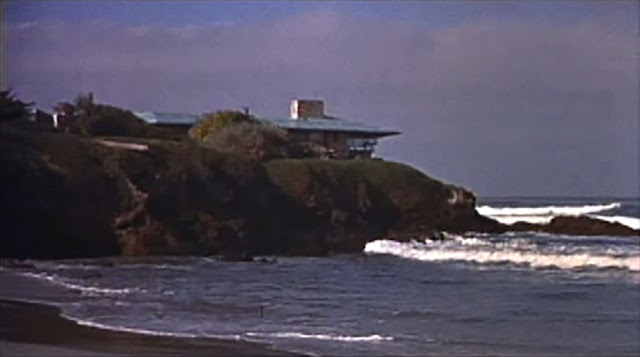 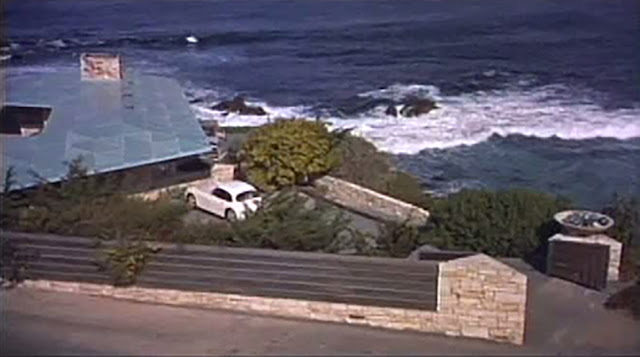 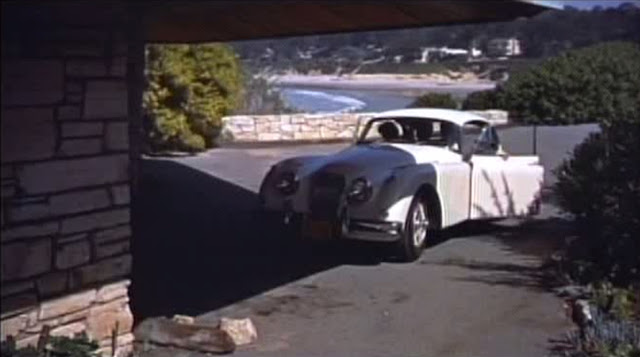 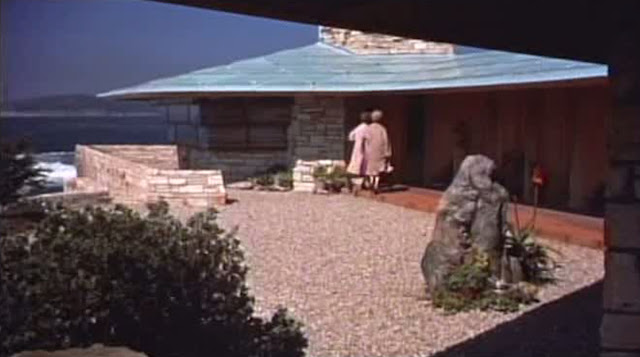 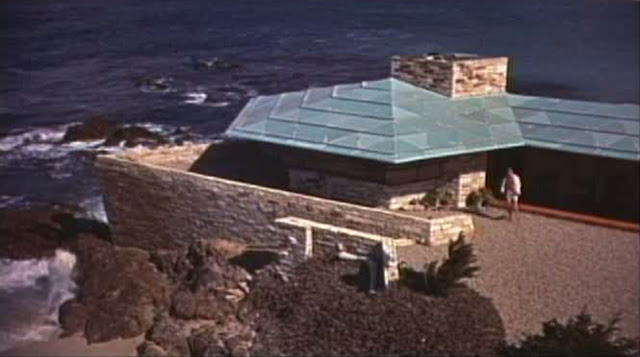 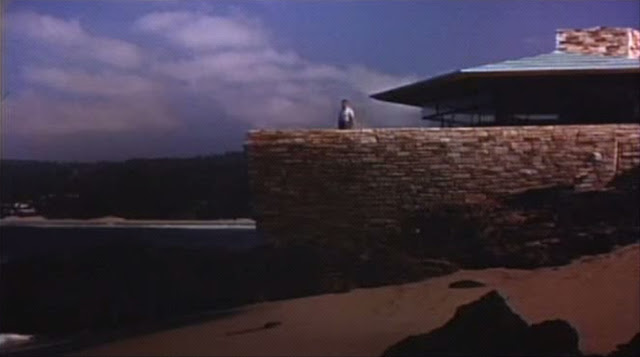 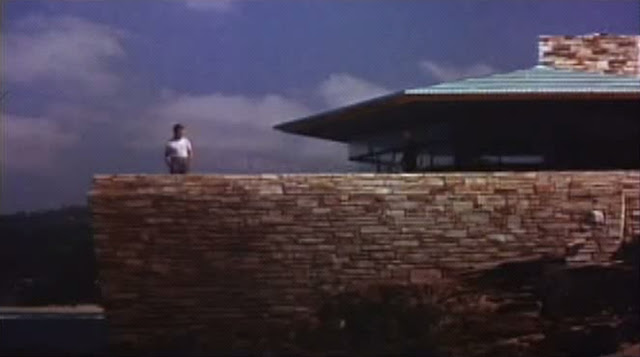 Well, some of it anyway.  All interior scenes were shot on a sound stage in Hollywood, and bear no resemblance to FLW's designs, including especially the depiction of a lower level, and a scarily-trapezoidal shaped stair to reach it, neither of which, thankfully, did the actual house have.